skip to main | skip to sidebar

Went to Elevenmile with Byron, JJ, and a crew of Denver peeps. Good energy and psyched which resulted in many things getting attempted/sent. Justin made a first boot of doom ascent of a 5.10 to the right of the Spray wall. Things got a little cruxy before the first bolt had been clipped due to the left foot boot factor but all turned out well. I messed around on Spray on and off all day and feel like it could go when my endurance improves a little. Smoke Signals also saw two more ascents and I did a sweet first ascent of a scary yet easy problem uphill from Chill Style. Check Byron's blog for video of it shortly. 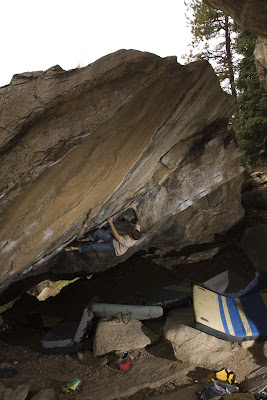 A Weekend At Evans

Ander, Tim, and I snuck away from the CC scene for a weekend in the mountains. We drove up to Evans early Saturday morning carring full pads and backpacks. We got on all the classic stuff of Area A on Saturday. Temps and conditions were idea and it was clear that fall had begun up in the apline areas. Ander and I did Pat's Arete and I was able to repeat Bierstadt, which felt signifigantly easier than the first time I did it. I also did Ludder's Pinch, which, at least for me, took as much effort as Bierstadt. The highlight of Saturday was figuring out the moves on Mirrormask, which has to be one of the more fun problems at Evans, especially considering how closed in it is. Sunday was unfortenatly pretty wet and we ended up have a shorter day at Evans and stopped at the Millenium boulder on the way back to Colorado Springs. Things felt gressy there but it got everyones energy up on the place for when temps start to cool off. 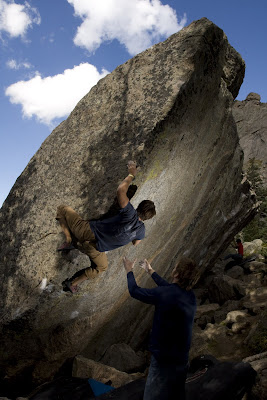 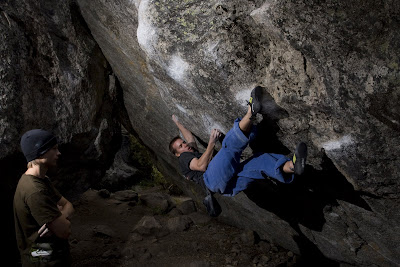 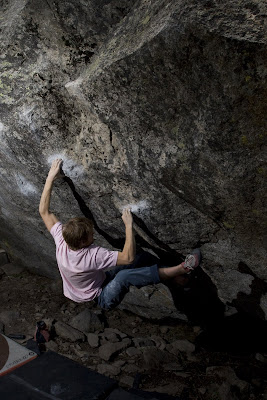 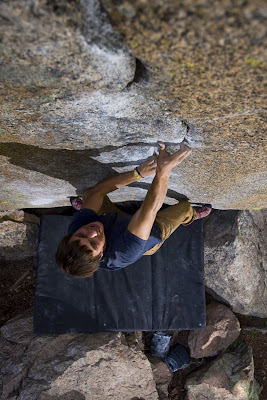 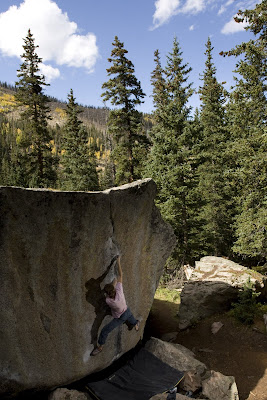 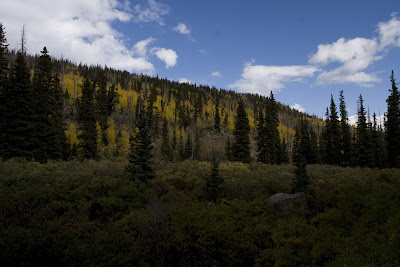 Team Psyched, aka Team Burgle, aka Ander and me made a trip out to Elevenmile on Thursday for a little bouldering and sport climbing. We got on Smoke Signals after a key foot broke and neither one us were able to do it. I also tried Chill Style and Chill Style left, which did not go very well. Next we headed to the Spray Wall were Ander had some unfinished business on the Spray Boulder. After working the complete line up the arete on the boulder for a while, we moved to some endurance climbing. Ander feel at the very last hard move on the cave problem, which resulted in a plethora of cursing and anger while I fondled the Anger Management holds and decided I did not want to pull on them today. Towards the end I decided to try Spray, which went decently. I did all the moves but the hard throw at the end. This weekend is my last weekend or doing purely bouldering. The current Rodellar video on Momentum has made me come to the conclusion that all I want to do is sport climb, so it is off to train some endurance. And yes I know, the second photo is a bit of a Ladzinski shot rip off, just not as sick. 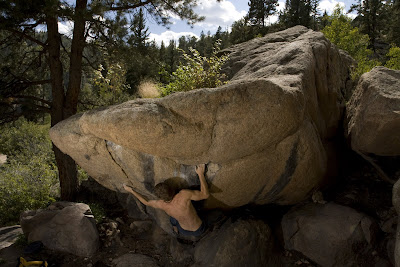 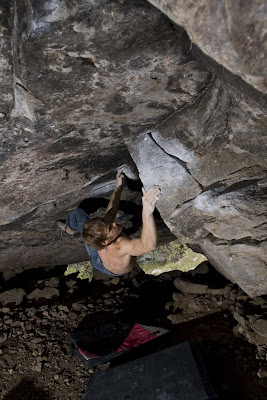 Back at the Pass

We were going to head to Evans Area D yesterday but bad weather and lot of school work took that plan out of the picture. We decided to head to the bridge in Manitou but just before arriving realized we had no rope. Instead we headed to Ute Pass, even though we also did not have any crash pads. We mostly goofed off on some lowballs but some of the long standing projects of the Pass should be going down soon. 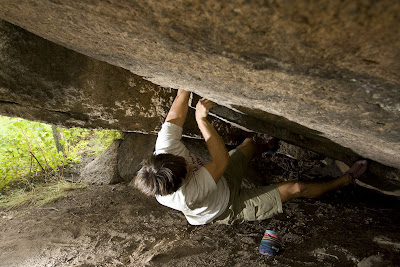 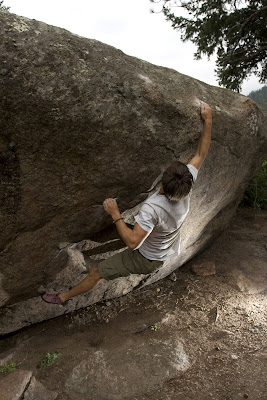 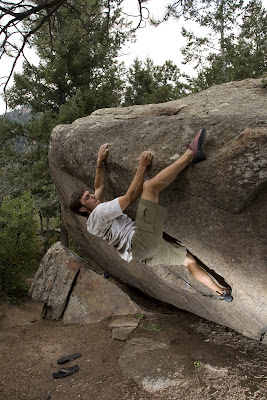 I did not take too many shots over the last week, mostly due to not wanting to haul around 10 pounds of camera stuff in a crash pad without backpack straps but here are a few shots of Dave and Simon on Silverback, Brian on Hallow Deception, and Simon on Gorillas in the Mist. 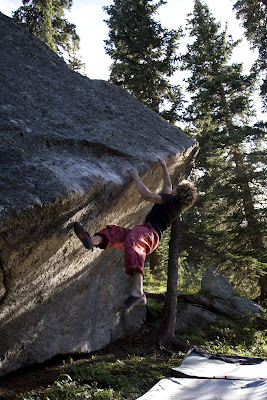 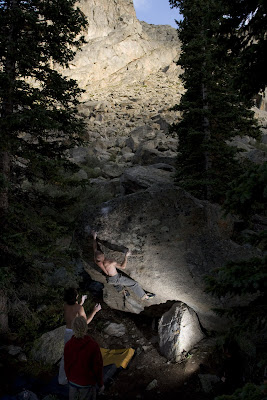 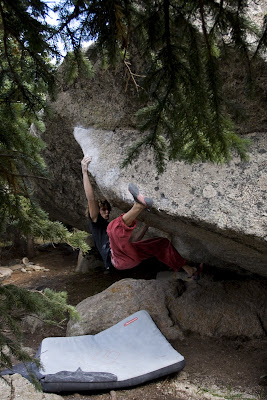 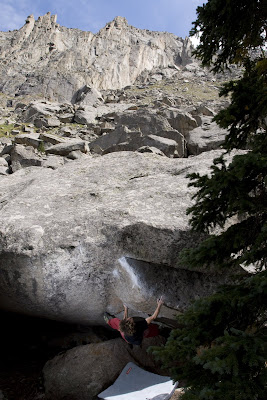 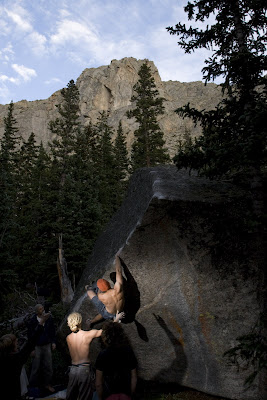